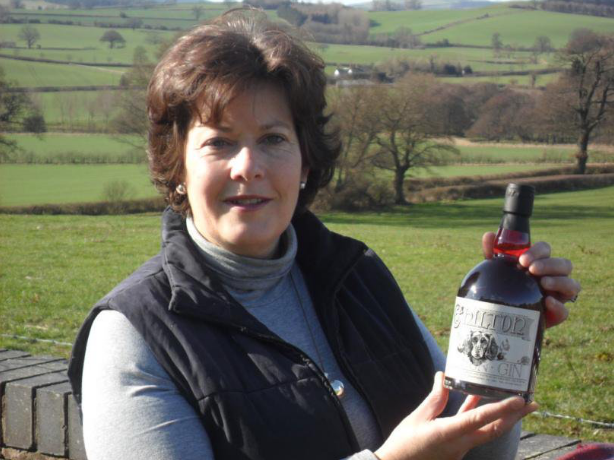 Fiona Rogers-Coltman of Chilton Liqueurs A Shropshire drinks company is toasting the fruits of its labours after being given a stamp of excellence for its damson gin at a prestigious national food and drink awards. Chilton Liqueurs, which is based near Bishop’s Castle and specialises in making fruit-flavoured spirits, was given two stars at the 2015 Great Taste Awards. Fiona Rogers-Coltman, who owns and runs Chilton Liqueurs, said she was delighted that the damson gin was given such high recognition by the judges who blind taste all the entries. “To be awarded two stars for our damson gin is tremendous and we are very pleased,” said Mrs Rogers-Coltman. “The Chilton Raspberry Vodka also has two stars and the Chilton Seville Orange Gin has one star so we are extremely proud that prizes have been awarded across our range of spirits. “We are now gearing up for Ludlow Food Festival and we look forward to meeting plenty of clients, old and new, who will be welcome to sample our award-winning gins and vodkas.”

There were 10,000 Great Taste entries this year and organisers have revealed that 130 were awarded a three-star accolade, while 597 received two stars 2,382 were given one star. The panel of judges included Masterchef judge and restaurant critic Charles Campion, TV presenter and cook Aggie Mackenzie, Great British Bake Off winner Frances Quinn, Masterchef the Professionals finalist Adam Handling, and food buyers from Harrods, Selfridges, Waitrose and Marks & Spencer. Mrs Rogers-Coltman added: “While we are regulars at food festivals across the region, many local outlets stock our products, including Tanners,, The Ludlow Food Centre, Harp Lane Deli, the Apley Farm Shop and the New Deli in Bishop’s Castle.”